SOON is one of the leading license agents in Japanese market. SOON has handled many foreign characters such as Marilyn Monroe of Bernard of Hollywood, Dick Tracy / Annie of Tribune Media, Lone Ranger of Golden Books, Wishbone of Lyrick Studios etc. SOON licenses characters to our clients in the category of plush, stationery, clothing, tableware, cellular phone accessory, game software and video/DVD etc. The executive of SOON has been engaged in the character merchandising business more than 30 years and other than merchandising he has expanded into other fields such as TV commercial, advertisement and promotion for sales.Our basic policy of character business is as follows;1. To develop and nurture the character without finishing in one time booming.2. Target should be the first class brand name by concentrating on our excellent production power and making the most use of reliable sales channels.3. We would like to use the means of media in versatile way in promotion with accompanying multi-media age.4. Making the most use of feature of character which makes us feel comfortable and affectionate would surely appeal to wide range of ages from younger to the oldest.Why SOON?1) We respond quickly to all information inquires and we are definitely not a bureaucratic company.2) We specialize only in Licensing/Merchandising/TV Commercial/Sales for promotion with very professional manner.3) We are one of the leading companies of licensing business in the Japanese market.4) We are very experienced in Licensing/Merchandising/TV commercial with proven success and outstanding performance.5) We are very experienced in solving infringement problems in the Japanese market.6) Most importantly, we are very aggressive for your property.

DVD: George Yanagi & Rainy Wood in Concert, at the Budokan

Shiseido “Summer campaign in the Bahamas,” with Maari Askew (model)

Toshiba “Stereo component [system]” music by The Beatles (“Let it Be”) 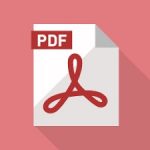